Mindful of the constitution of 2 june 1972, Mindful of law N°.73-3 of 9july 1973 authorizing the president of the republic to establish by ordinance rules governing land tenure and government owned landed properties.

The president of the republic hereby ordains as follows:

1. (1) the State guarantees to all natural persons and corporate bodies having landed property the right to freely enjoy and dispose of such lands.

(2) The state shall be the guardian of all lands. It may in this capacity intervene to ensure rational use of land or in the imperative interest of defence or the economic policies of the nation;

(3) The terms and conditions of such intervention shall be fixed by decree.

2. The following categories of lands shall be subject to the right of private property :

(e) Lands entered in the grundbuch.

3. (1) when the present ordinance enters into force, the holders of the right flowing from the deeds referred to in Article 2 b) , c) , d) and e) shall lodge the said deeds at the provincial or divisional lands service for publication in the land registers.

(2) Failing such publication, no deed to establish amend or transfer real property rights to the lands in question may be transcribed or opposed to third paerties.

4. 1) (ordinance N°.77-1 of 10th January 1977) The holders of land register books or certificate of occupancy relating to land in urban areas shall be bound, under penalty of forfeiting their rights, to convert the said books or certificates into land certificates within a period of ten years as from 5 august 1974, the date of publication of ordinance N°.1 of 6 july 1974, the said time limit shall be extended to 15 years for land in rural areas.

(2) Provided that certificates of occupancy issued to natural persons of foreign nationality and corporate bodies may be covered only after examination of each specific case.

5. (1) (ordinance N°. 77-1 0/ 10th January 1977) Holders of final judgements to establish or transfer interest in reality in urban centres shall, also under penalty of forfeiture, notify the competent land service within a period of ten year from 5 august 1974, the date of publication of ordinance N°1 of 6 july 1974, for conversion of the said judgements into land certificates, the said time limit shall be extended to 15 years for land in rural areas.

(2) provided that when such judgements relate to lands occupied in good faith, the occupents shall in the event of sale of the said lands have a preferencial right to be exercised within the framework of the development of the area in question.

(3) All landed property cases pending before the courts and introduced outside the scope of the registration procedure shall fall within the jurisdiction of the boards provided for in article 16 below. The dossiers relating to such cases shall be transferred to the said boards when the present ordinance enters into force.

6. (1) Applications for land certificates and certificates of occupancy in progress on the date on which the present ordinance enters into force shall proceed to completion in accordance with the regulations in force.

(2) Certificates of occupancy issued in pursuance of the present article shall be converted into land certificates under the conditions laid down in article 4 above.

8. (1) Deeds to establish transfer or extinguish real property rights shall be drawn up by notary under penalty of being null and void.
(2) Assignments and leases of urban or rural lands which are not registered in the name of the seller or lessor shall be, null and void.

(3) The parties thereto and the notaries and court registrars who draw up such deeds shall further be punishable with a fine of 25,000 to 100,000 francs or with imprisonment of 15 days to 3 years, or with both such fine and imprisonment.

(4) The same penalties shall apply to:

• Persons selling or leasing one and the same land to two or more persons ;

• Persons effecting sales or leases of lands belonging to others not being so empowered;

• Notaries and court registrars who assist the abovementioned persons or who draw up deeds for lands situated outside the territorial jurisdiction of their chambers.

• Persons registering lands who knowingly omit to record mortgages or real and existing charges or liabilities burdening the said lands.

• Persons who use or occupy land which does not belong to them without the authorization of the person who is qualified to give it in such a case the court shall order the eviction of the occupant at his expense.

9. Subject to the laws and regulations relating to town planning, hygiene and policing owners may on their lands exploit quarries as defined by mining regulations.

10. (Ordinance N°.77-1 of 1Oth January 1977) (1) Natural persons and corporate bodies of foreign nationality or incorporation wishing to invest in Cameroon may conclude lease agreements or purchase landed property except in the border areas.

(2) Deeds drawn up for this purpose shall bear the prior approval of the minister in charge of lands, under penalty of being null and void.

(3) In the event of resale, the state shall have a peemptive right of purchase over the property taking account of the initial price developments carried out and amortization.

11. within the framework of the development or renovation of urban centres , existing blocks of parcels may be reapportioned. The fragmentation and reapportionment procedure for purpose in the general interest.

(2) The said procedure shall be applied directly, for purposes of public, economic or social utility or indirectly at the request of local councils, publics establishments and public service concessionaries, when no joint settlement between the bodies in question and the owners has been achieved.

(3) The expropriation procedure and the terms and conditions of compensation shall be fixed by separate enactment.

13. (1) The bodies on whose behalf expropriation is applied shall compensate the dispossessed persons from their budget.

(2) No compensation shall be payable for the destruction of dilapidated building liable to collapse, or building erected contrary to town planning regulations.

(3) All proceedings relating to real property taken against the state for reparation of damages occasioned to communities or individuals by the application of enactments prior to 1 january 1960 shall be extinguished.

(4) There shall be no review of compensation for expropriation or eviction granted prior to the date on which the present ordinance enters into force.

14. (1) National lands shall as of right comprise lands which, at the date on which the present ordinance enters into force, are not classed into the public or private property of the state and other public bodies.

(2) National lands shall not include lands covered by private property rights as defined in Article 2 above.

(3) In the event of forfeiture as provided for in Articles 4 and 5 of the present ordinance or of non-completion of the procedure referred to in Article 6, the lands in question shall be incorporated as of right in the national lands.

15. National lands shall be divided into two categories:

• Lands occupied with houses, farms and plantations and grazing

• Lands free of any effective occupation.

16. (1) National lands shall be administered by the state in such a way as to ensure rational use and development thereof.

(2) Consultative boards presided over by the administrative authorities and necessarily comprising representatives of the traditional authorities shall be established for this purpose.

17. (1) National lands shall be allocated by grant, lease or assignment on conditions to be prescribed by decree.

(2) provided that customary communities members thereof, and any other person of Cameroonian nationality peacefully occupying or using lands in category 1 as defined in article 15 on 5 august 1974, the date of entry into force of the present ordinance , shall continue to occupy or use the said lands. They may apply for land certificates in accordance with the terms of the decree provided for in Article 7.

(3) Subject to the regulations in force, hunting and fruit picking rights shall further be granted to them on lands in category 2 as defined in Article 15, until such time as the state has assigned the laid lands to a specific purpose.

(2) Law N°.64-LF-25 of 13 November 1964 to provide regulations governing the methods of acquiring land by accredited diplomatic and consular missions in the Federal Republic of Cameroon is hereby repealed.

(3) This ordinance shall be registered and published according to the procedure of urgency and inserted in the official Gazette of the United Republic of Cameroon in French and English.

19. (1) The following landed property transactions shall be subject to the collection of fees:

– Miscellaneous entries in the land register;

– Issue of statements of entries in the land register of

miscellaneous certificates at the request of corporate bodies ;

(2) The rates of such fees shall, where applicable be fixed by the Finance Law.

20. The revenue referred to in Article 19 above shall be collected by land revenue collectors against collection orders established by competent lands and survey services.

21. The officials empowered to record offences against the present ordinance shall be appointed by the Minister in charge of Lands.

22. The present ordinance, which repeals provisions repugnant hereto together with the Decree-Law of 9 January 1963 and the Land and Native Rights ordinance of 1 January 1948, shall be registered published in the official Gazette in French and English and enforced as a law of the united Republic of Cameroon.

President of the Republic 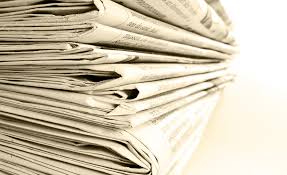